At its meeting on Thursday, January 2, the Finance & Warrant Committee held a public hearing to discuss the Manor Fields proposal that was narrowly approved by a vote of the Annual Fall Town Meeting in November and will be revisited during a Special Town meeting later this month.

On November 25, Town Meeting members voted to 148-to-75 to approve Article 6, the $14.5-million Manor Fields proposal, but making the project funding contingent on a town-wide vote. The Town Moderator, consistent with past practice, declared passage on a two-thirds vote.

However, given the narrow margin, voters who supported the proposal and those who opposed it both raised concerns about the need for continued discussion and community support.

On December 3, members of several Town Boards discussed continuing the discussion in a public forum, and the Board of Selectmen called for a Special Town Meeting, which has been scheduled for 7 p.m. on Monday, January 27, at Dedham High School.

At Thursday night's meeting, Finance & Warrant Committee members heard Town Treasurer/Collector Jane Lepardo present information about the Town's current debt and projections through 2035. After some public comment and deliberation, Committee Members voted 5-to-1 to approve Warrant Article language being finalized by Town Counsel to advance the proposal to the Special Town Meeting. 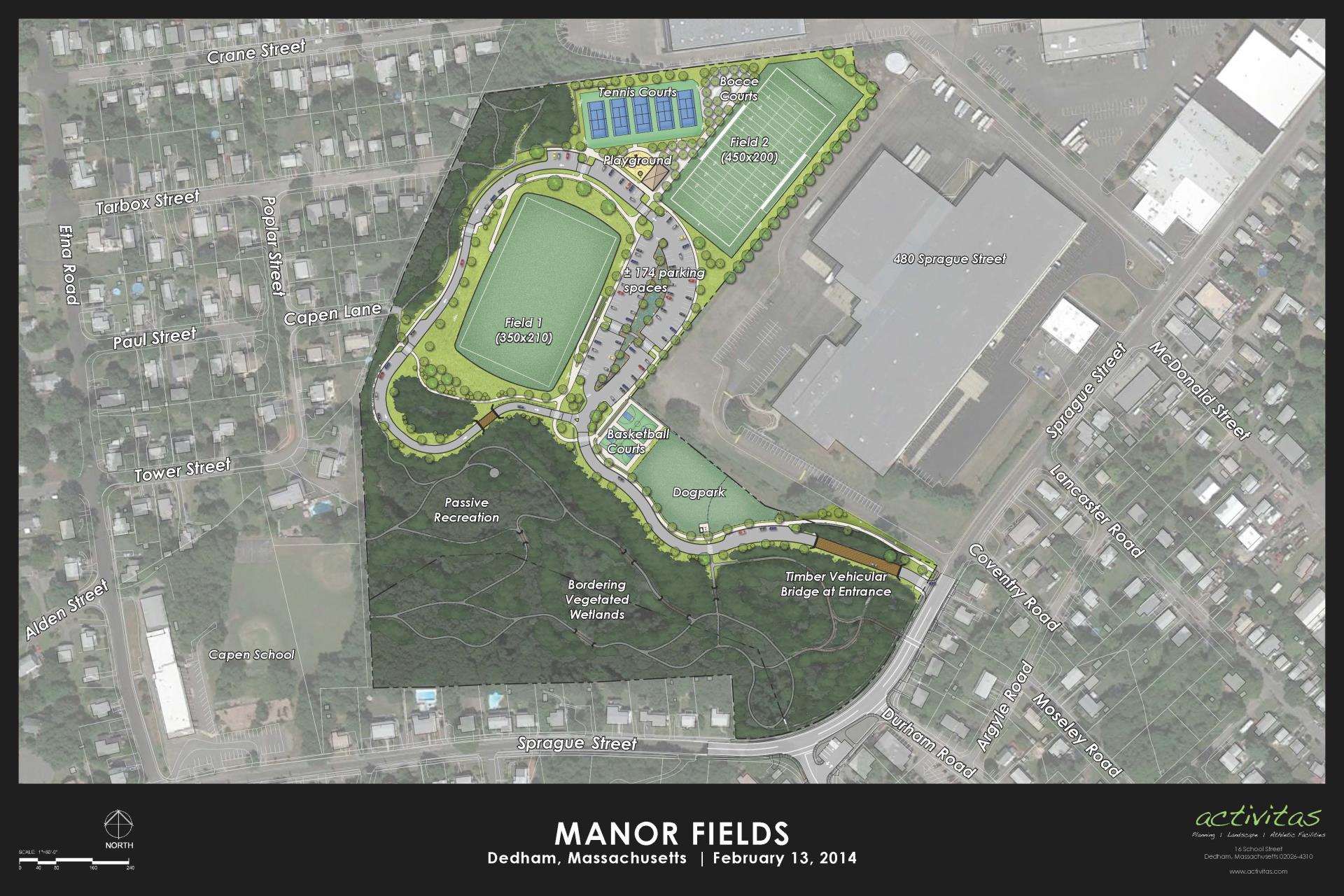