What is an invasive species?

An invasive species is an organism, usually non-native, that threatens the biodiversity of an ecosystem. In other words, an invasive is a species that has the ability to take over an area and decrease the variety of other species. Invasives can cause more than problems with biodiversity. Many invasives change the quality of the soil, can be harmful for native animals, and even interfere with public works.

What problems do invasive species pose?

Not all non-native plants are harmful. About one third of the vascular plant taxa in Massachusetts are non-native, but only about 7% of these plants are considered invasive.  The species included in the links below are those species that are those of highest priority due to their frequency in Dedham, aggressive nature, and other factors. There are, however, more problematic plants in the bay-area then listed on this site. In an effort to decrease the spread and possible introduction of invasive plants, Massachusetts passed the Prohibited Plants List. Effective since 2009, it is a ban on the trading, selling, and distribution of certain invasive plants. For more information on the plants view the list on the bottom this page.

What are the advantages of native species?

Native species that have existed in this area for thousands of years have many benefits compared to invasives. Native species have co-evolved with natural predators and other checks that keep them from spreading out of control. They have also formed many symbiotic relationships with local species that are beneficial for both parties. In short, they help to maintain the ecosystems they are a part of and keep Dedham's wildlife healthy, diverse, and thriving. 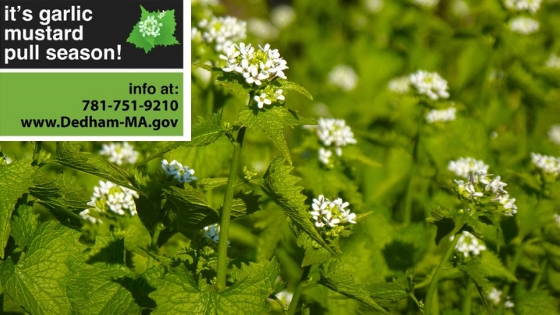