The Town of Dedham received funding from the Sustainable Materials Recovery Program Municipal Grant to improve recycling in all facets of Dedham schools. The components of this program include eliminating foam trays used to serve school lunches at the High School, Middle School and Avery Elementary School and replacing with reusable trays and silverware; phasing composting in district wide over the next 3 years of this grant award and increasing recycling in all of the schools (including milk carton recycling).  MassDEP has awarded the Town of Dedham a contract for up to $27,630 for the Program. During the Fall of 2017 the Middle School made the switch from Styrofoam trays to compostable trays. The High School began composting and recycling in the late winter of 2017, once the kitchen was outfitted with a dishwasher to be able to handle washing the reusable trays. In 2018 we plan to add more compostable items, such as taco bowls to food services.

The recycling stations at each of the schools were generously donated by Mr. Giorgio Petruzziello of Supreme Companies, Dedham.  The recycling stations are critical to the success of the new school recycling and composting program. Since implementing this program at Avery Elementary and the Dedham Middle School we have significantly reduced the number of trash bags being produced by the schools. In just the first day at the Avery Elementary School we reduced our trash from 10 bags to 2 bags, as a result of the new composting and recycling program. 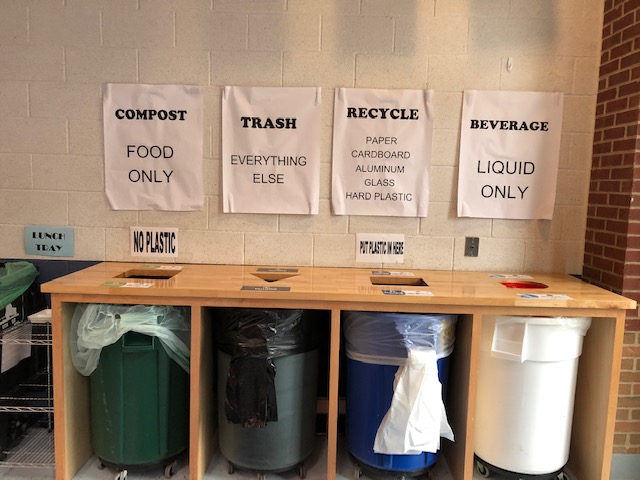 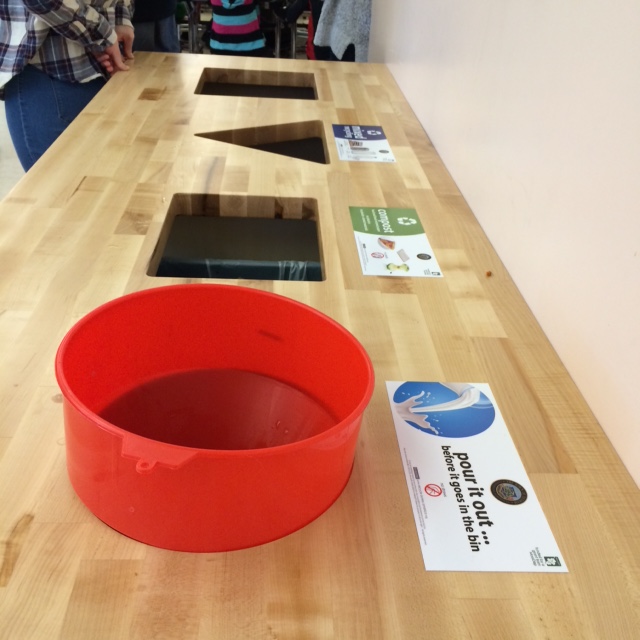 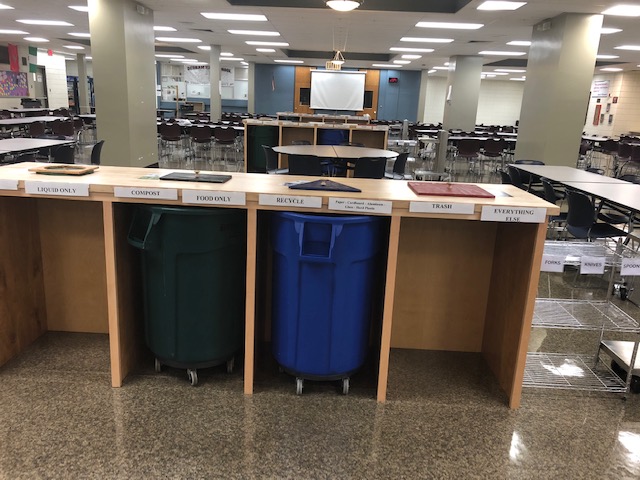 In December of 2015 the Town of Dedham was recognized by the MassRecycle Southeast Municipal Recycling Council for Leadership in School Recycling as a result of our efforts to date under the DEP grant to remove Styrofoam at 3 of our schools, add composting and increase recycling. 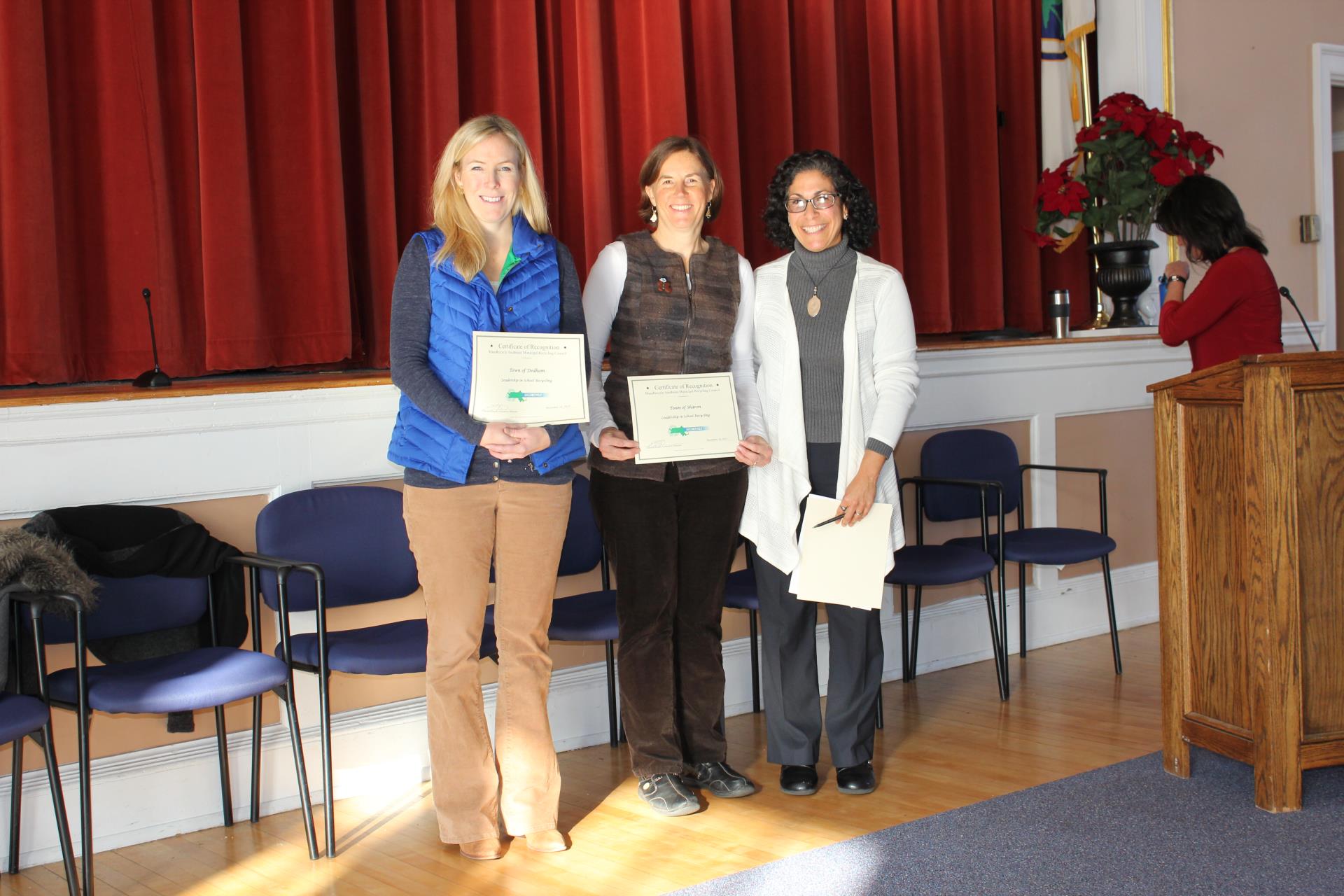 In May of 2016 Mrs. Casali’s class at the High School was recognized with the Environmental Eagle award from the Massachusetts GREEN Team in recognition of her class’s effort to contribute to a cleaner, healthier environment. Through this grant award we have improved the health of our students and environment by eliminating foam trays used to serve school lunches, introducing composting and increasing recycling.