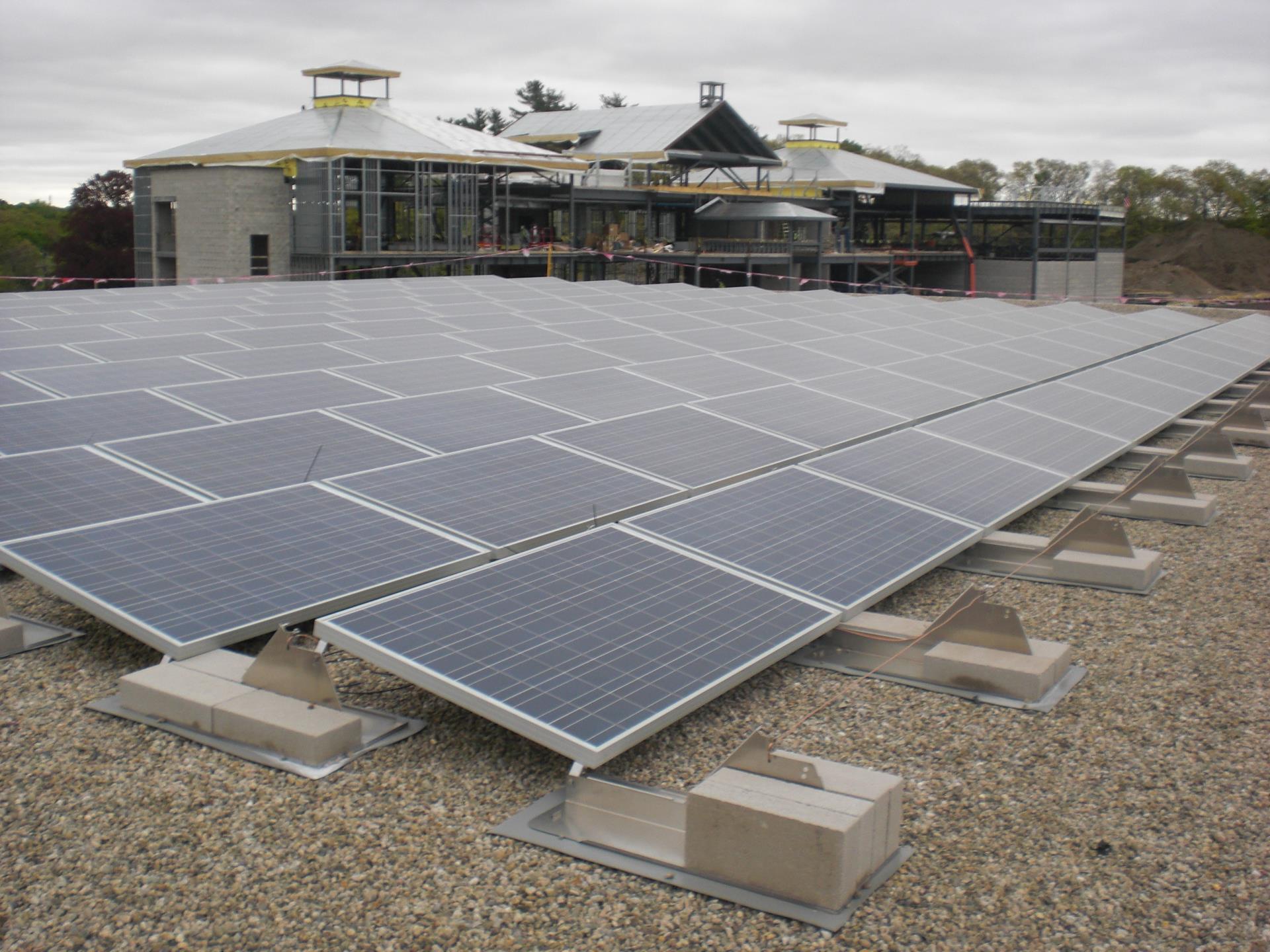 The Dedham Municipal Solar Project is part of the larger Sustainable Dedham initiative to educate Dedham residents and encourage energy conservation and sustainability by addressing the long term impacts of fossil fuels such as pollution, global warming and climate change. For every dollar spent on this project the Town will be reducing its greenhouse gas emissions and operating costs, while increasing the community’s knowledge of renewable energy. This project shows the town’s commitment and the state’s commitment to addressing climate change.

In 2009, the Environmental Department applied for an appropriations request through Congressman Stephen Lynch’s office and was awarded $500,000 through funding that was included in the Energy and Water Appropriations Act for Fiscal Year 2010 to install  photovoltaic panels on Town Hall and the High School roofs. The funding provided through Congressman Lynch’s office has made this project that would have otherwise been impossible, possible. The Town has rolled the Dedham Municipal Solar project into the ongoing ESCO project that we have contracted with Siemens. Siemens has diligently worked with J.F. White and the Town to permit and install the solar array on the High School.

According to the data from our 2009 energy use baseline inventory the High School was the largest energy consumers in Town. The system on the High School roof will consist of 525 panels at 245 watts each for a total system capacity of 128,625kW. Over the term of this project (which is 20 years) the High School system alone will remove 4,178,240 pounds of carbon dioxide, the equivalent of protecting 13 acres of forest from deforestation and removing 347 cars driven from the roadway. The Town Hall will have a 23kW system for a combined 150kW at both sites.

Given the volatile economy, the rapid depletion of fossil fuels and the imminent threat of global warming the implementation of solar on municipal buildings is a progressive step towards securing the Town’s energy independence and reducing harmful emissions caused by the burning of fossil fuels. In 2009 the Town was recognized as a leader in sustainability with the  Commonwealth of Massachusetts Leading By Example award. The Town of Dedham will continue to lead by example in the future and engage and educate the community in making smart energy choices.

Please select from the options below to view information from SolrenView as it relates to Solar Energy at the following locations in Dedham: