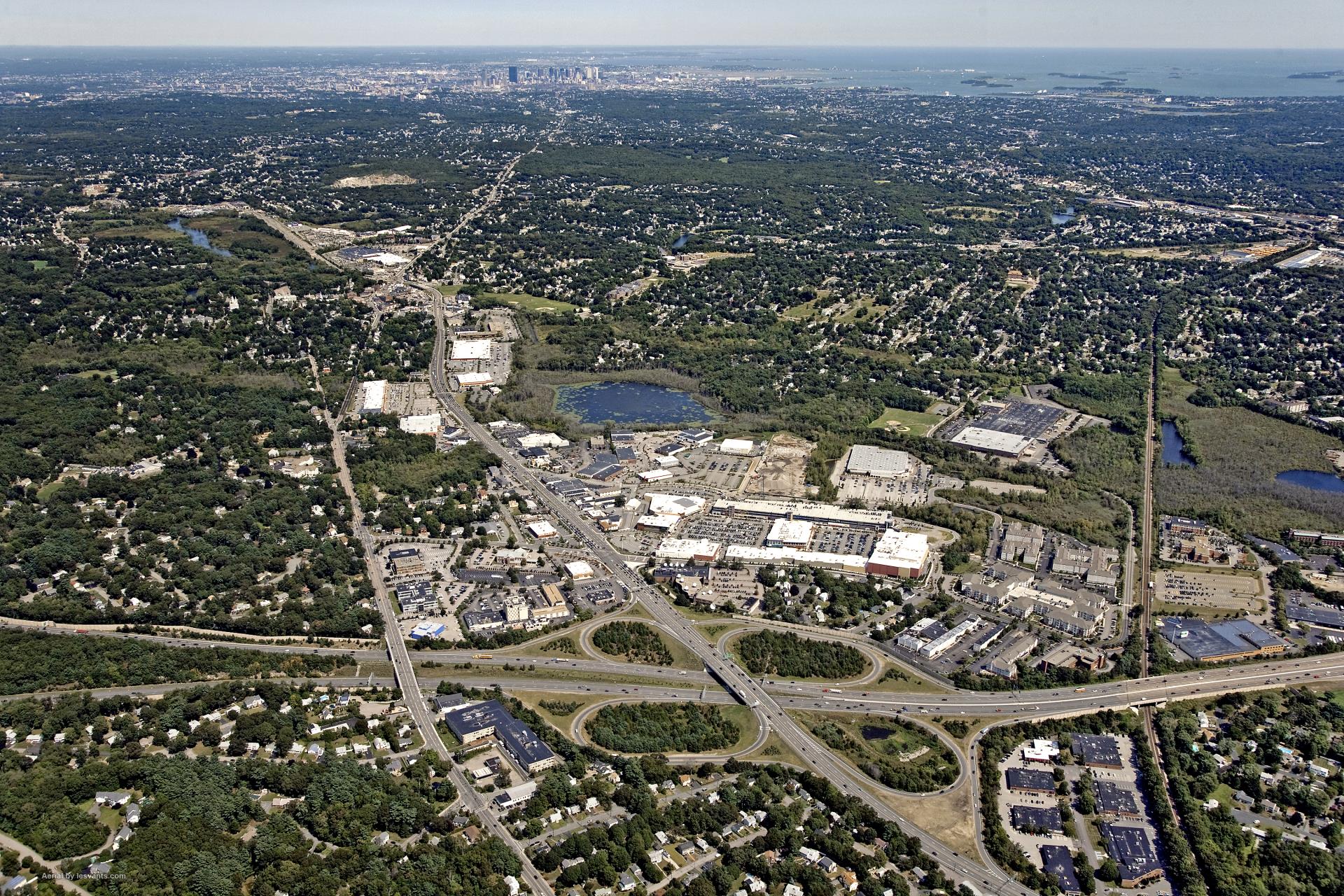 In May 2019, Town Meeting voted to create the Providence Highway Development District with the hope of leveraging the corridor’s economic strength into public infrastructure projects that can address the corridor’s shortcomings. In Massachusetts, municipalities can create such districts and invest a portion of new growth--future property tax revenue generated by new private development--into public infrastructure within the district.

Through this project, Dedham residents can work to transform how the area looks, how people will be able to move around within the corridor, and even shape the types of land uses within the corridor. This is a community effort to take some control and help shape future change and development in the corridor.

Add your comments and ideas on the interactive map.

Route 1 crosses eastern Massachusetts from Rhode Island north to New Hampshire. The section in Dedham, known as the Providence Highway, was constructed in 1932 as the Providence Turnpike. It follows the path of nineteenth century railway lines that once ran from Islington in Westwood to West Roxbury.

Commercial development in the highway corridor did not begin in earnest until after World War II when land along the highway became more valuable with the rise of suburban department stores and automobile-friendly shopping centers. By the time big-box stores rose up in the latter part of the twentieth century, highway commerce had prospered for decades.

Then things started changing. Shoppers and retail began moving online. New forms of shopping centers like Legacy Place grew and thrived, while traditional retail giants like Sears closed their doors. Retail continues to change and adapt, but many of the retail shopping areas along the highway look much as they did decades ago. What will the Providence Highway corridor look like in another 25 or 50 years? And how can the residents of Dedham have a voice in that future?

Until March 2020: Gather public input to identify areas of improvement within the corridor.

The Providence Highway Development District, as approved at Town Meeting in May 2019, could generate funding for projects after a Town Meeting vote to approve a District Plan. That funding could be paired with many other funding sources, including: